Women often face problems when trying to get into executive level positions – these tips show these challenges and how to face them down. 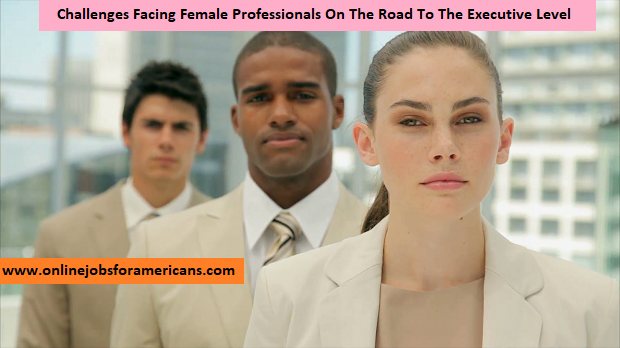 With the growing number of female executives in the workforce, a belief has started to spread to their colleagues that the door of corporate advancement is open wide for women who labor diligently at performing well and accruing quantifiable achievements.

This belief has a less-positive downside: It also fosters a view of women as less visionary or less creative than their male coworkers.

Most organizations are structured along lines that reflect and reinforce these stereotypes. This becomes especially clear in technological industries.

Because the work environment remains male-dominated, women accustom themselves to achievement through teamwork.

They end up earning shared credit rather than furthering their own ideas.

Do females in the tech industry fear rejection by male coworkers or lack confidence in the strength of their own ideas?

As women begin to rise to the very highest executive positions (e.g. Sheryl Sandberg), it becomes clear that they’ve found a practical way to excel without redefining the entire workplace.

One advantage displayed by many female professionals is an instinctive empathy for coworkers and the organization as a whole.

Cultural cues condition women, from a young age, to prioritize harmony in all sorts of relationships. Indirect communication styles are also common.

Male business communications have an abruptness that strikes many women as confrontational or rude.

When this direct style is the status quo, though, it prioritizes the information that male colleagues want to share.

Divergent communication preferences between the genders is a deeply-rooted issue running throughout society.

Women are predisposed to soften their statements, couch their questions in accepting tones, and “pre-treat” their information to make it as palatable as possible.

This communication style is less likely to cause conflict, but it can also make it harder for exceptional women to get the attention that their ideas deserve.

Practically everyone enjoys a work environment that’s free of conflict, but professional women assume undue responsibility for creating and maintaining that environment.

In many situations, women put a higher premium on avoiding conflict and conveying the appearance of cooperation, agreeability, and kindness.

When applied to professional relationships, these approaches deliver both benefits and drawbacks.

One good side to the conflict-avoidance model is that women often have less trouble creating a harmonious work environment.

A potential drawback is that women may sacrifice valuable ideas to that harmonious work environment in the interest of avoiding conflict.

Sometimes a moderate amount of conflict (creative friction) is required to bring out innovations, solutions, and fresh new ideas.

Placing too much emphasis on harmony and avoiding conflict may begin to work against professional women if those priorities get in the way of career advancement.

Female professionals tend to ask more questions than their male counterparts. This inquisitive communication style is another habit that has both strong and weak points.

Women may ask questions to which they already know the answers in order to further the goals of cooperation and collaboration.

According to Redline managers who are ignorant of this communication strategy run the risk of interpreting a question-heavy communication style as a sign of ignorance or lack of skill.

They may also associate excessive questioning with a lack of initiative or independence.

With a better understanding of the true purpose behind question-asking, this behavior emerges as a sensible way to collect information before making important decisions or taking action.

In most business contexts, this is an eminently sensible way to approach decision-making.

Many female professionals take extra pains to convey the message to their coworkers that they’re ready to work as hard as they have to to advance their careers.

In industries (like technology) where natural paths into leadership positions are sparse for women, female professionals will be ready to go above and beyond to prove themselves deserving.

Female professionals whose sense of entitlement varies from the “norm” of their male coworkers run the risk of being considered over or under-confident.

Managers and high-level executives require a certain amount of confidence to be effective motivators and leaders, and female professionals who could excel in such positions may not earn them due to misconceptions based on entitlement.

Get Job Alerts directly in you email inbox weekly. Sign up below:

Chave Bolt is an Internet Marketer with years of experience. She works in a marketing company and also runs her own online business. She loves to share knowledge and gain new experiences.